Juniper Hill: The tour visited Juniper Hill, partly to look at the hack rides: the centre hack north-south ride has been much improved thanks to the efforts of the downskeepers, but the east-west hack ride remains inaccessible for the time being. It turned out that some members of the committee had never ventured onto Juniper Hill, and Nick Owen, the nature conservation adviser to the Conservators, took the opportunity to show how much promise this area has as a relic of unimproved downland. But good management calls for regular scrub clearance, and there was a consensus that opening up the east-west hack ride would be good for biodiversity as well as riders. 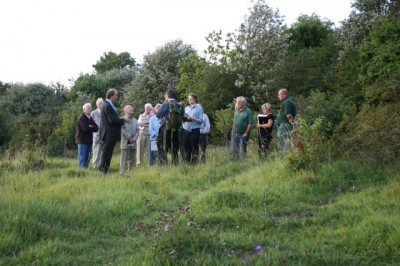 The tour also looked at the sand track, along the bottom of Six Mile Hill, which remains in need of maintenance at its extreme eastern end, and in the vicinity of Nohome Farm at its western end.