Surrey CC has published notice of confirmation of the diversion of bridleway 65. The existing route cuts across the south-eastern corner of the gallops on Six Mile Hill, either side of here. The diverted route follows the hard track around the bottom of the gallops (currently used by nearly all hack riders), then continues up close to Epsom Lane North, but on the other side of the hedge and the railings.

It’s a win-win for hack riders, because the original alignment remains available as a hack ride, despite the diversion, while the northern extension provides a new outlet through the railings here: 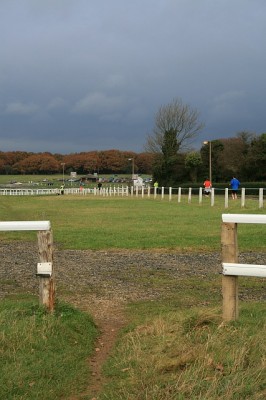 and out onto Epsom Lane North, emerging opposite Royal Drive.