The downskeepers have recently reopened the hack ride through the heart of the Warren Woods. It runs from opposite Grosvenor Road in Langley Vale, crosses Walton Road at a slight stagger, and emerges on the Old London Road bridleway about 80 metres south-west beyond the racecourse crossing. 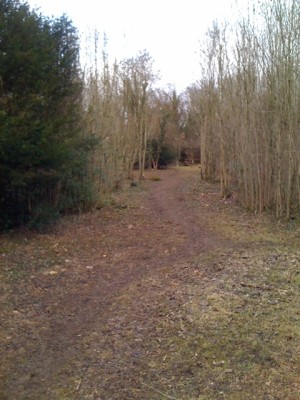 This is one of the hack rides which was marked on the signed map in 1984, but it’s thought to have become overgrown and fallen out of use by the early 1990s. Just east of Walton Road, the reopened path crosses the site of a former schooling area, which can still be identified by the dense growth of spindly trees.

A big thank you to the downskeepers for their work over the winter in reopening the hack ride: it’s clearly been a big job, with a good number of small trees felled. The reopened ride should also be good for wildlife, with new glades in the former dense woodland.