This notice has recently appeared east of Walton Road at the foot of Six Mile Hill. It reads: ‘HATCHED AREA CLOSED’. We asked for the sign to be erected. Why? 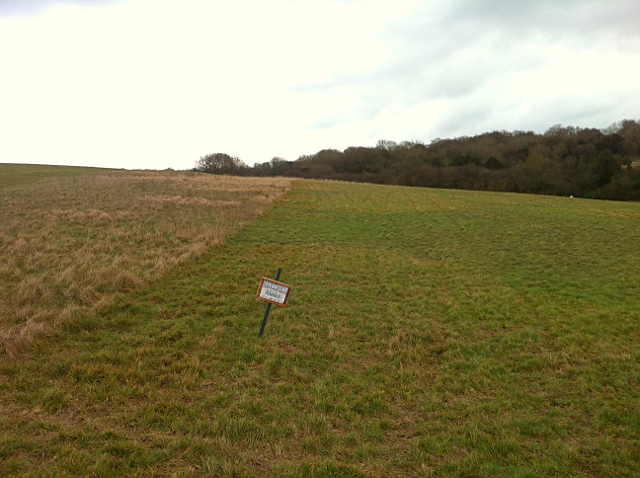 The hatched area appears, duly hatched, on the statutory map deposited in Parliament with the Epsom and Walton Downs Regulation Bill (now the 1984 Act). The map legend explains: “Part of Walton Downs on which riding is permitted after noon if in the opinion of the Training Grounds Management Board conditions allow”. The hatched area extends along much of the bottom of Six Mile Hill, both east and west of Walton Road, below the training grounds, and above the Mac track. Apart from the claimed use of a sliver for occasional training west of Walton Road, it is not maintained for training, and useless for that purpose. But the Board is afraid that, if hack riders are ‘permitted’ to use it, they may stray north onto the training grounds. In 32 years, the Board has never expressed an opinion that conditions do allow, but at almost every Board meeting, it confirms that conditions do not allow. Of course, the Board’s disposition has nothing to do with ‘conditions’, and everything to do with its jealous conservation of the training grounds.

To remind hack riders that the hatched area should be open to riders’ use, at least at certain times, we asked the Board to erect a sign which shows whether ‘conditions allow’. One looks in vain for any simple mechanism on the sign (a sliding board perhaps?) to convert ‘closed’ into ‘open’, but perhaps that isn’t so surprising.